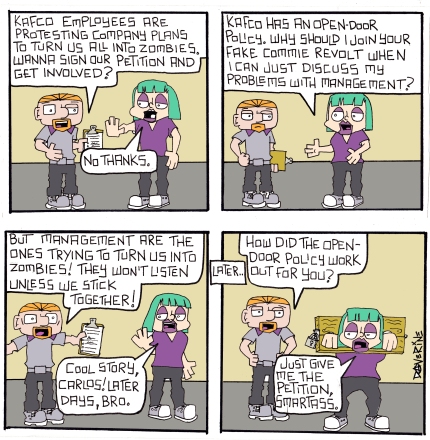 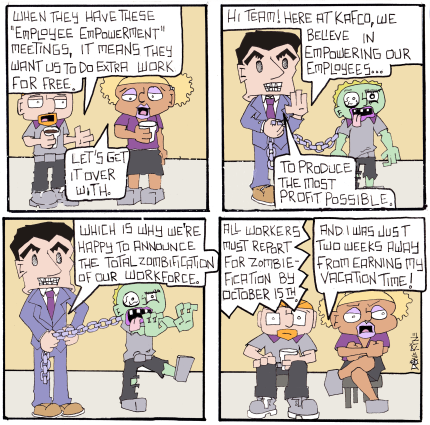 This week’s #welcometokafco #comic is dedicated to a friend of mine who hepled me out recently by hooking me up with some image editing software that allowed me to get my #comics up and running again. To thank her for the help, i asked her if there was anything that she wanted to see in a#comicstrip that i could work in just for her. She said that she wanted to see something featuring #ritarepulsa from the #powerrangers , and i was happy to oblige. Unfortunately, i have never watched a full episode of the#mightymorphinpowerrangers , so i was disappointed to discover that Rita Repulsa does not, in fact, shoot fireballs out of her magical staff, as i had assumed she did when drawing this #webcomic. So i have to apologize to all the real #mightymorphin fans out there for the misrepresentation. However, i do have one Power Rangers related memory that I would like to share, and it ties directly in with this comic:
The girl i had a crush on in 9th grade was totally hot for the white ranger. Being a hopeless putz, i would try to sit next to her in the cafeteria everyday while she and her friends would discuss boys and college and generally being superior to me in every way. One day, while my coveted lady love was gushing on about the mighty morphin hottness of her favorite ranger, a guy at the table (an upper classman who, unlike me, was ACTUALLY dating one of the girls at the table) piped in with a dissenting opinion. “Power Rangers is so stupid,” he said, “Every episode is the same thing. It’s like, they’re getting their asses kicked the whole time, then right at the end it’s, ‘hey, let’s form Megazord,’ and then they win. Why the hell don’t they just form #Meagazord in the first place?”
It was with this scathing critique of the mmpw formula in mind that I added Chuckie’s aside in the final panel about how organizing into a #union is like forming Megazord. Think about it: A union is not only the most powerful weapon we have to fight for our wages and our rights in the workplace, it is the ONLY thing that gives us any power to confront the bosses. Standing united as a workers is our Megazord. But our society tells us to do everything in the world exept for forming a union to deal with our problems. If something is wrong, they tell us, well we have an open door policy, you can talk to your manager. If that doesn’t work, go to corporate or call HR. If taking your problems higher up the ladder doesn’t help, well by gumbo you can just quit! That’ll show em! But the only way our conditions get better is when we stand together and fight. And this applies not just to all of us in our individual jobs, but to the working class as a whole. We’ve been getting our asses handed to us for decades. It’s time we come together as a class and form Megazord, before they roll credits and the bad guys win. 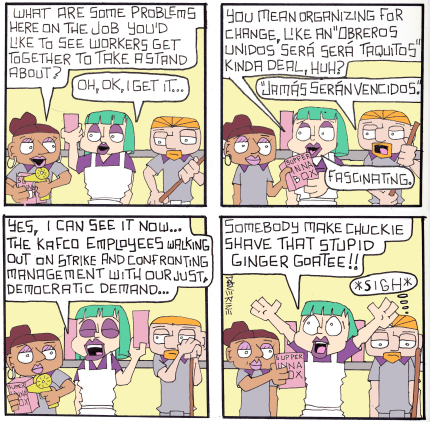